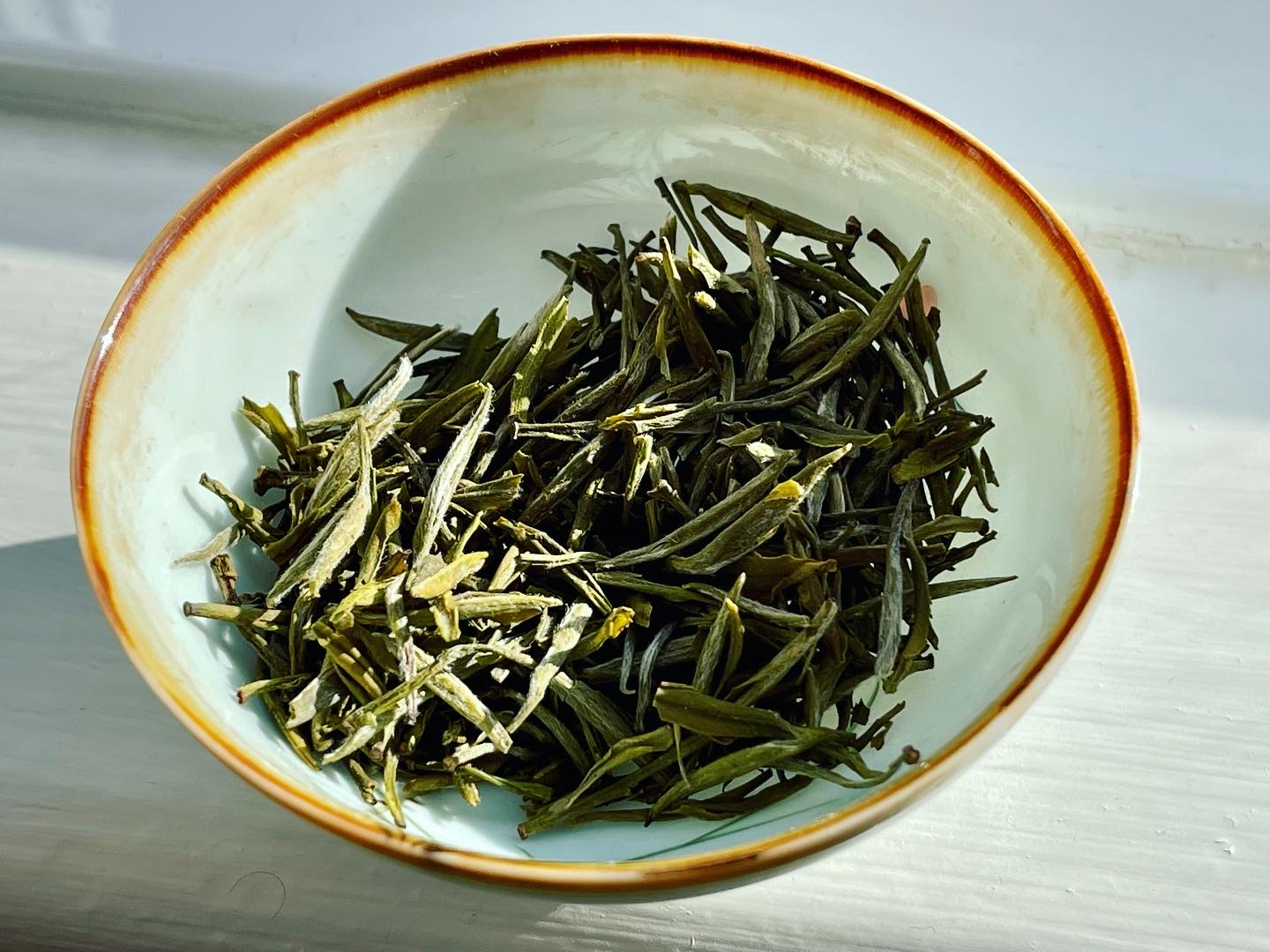 Yellow tea (黄茶) is quite a rarity. I remember seeing it listed as a tea genre but you just don’t see much of it around. I really wanted to taste some in the early stages of my tea journey but I just kind of forgot about it 😅. The processing involved in a Yellow tea is very similar to that of Green tea except that an additional steaming is done to yellow tea that will subtly oxidise the leaf for a short time before it is then heated fully to cease it any further. 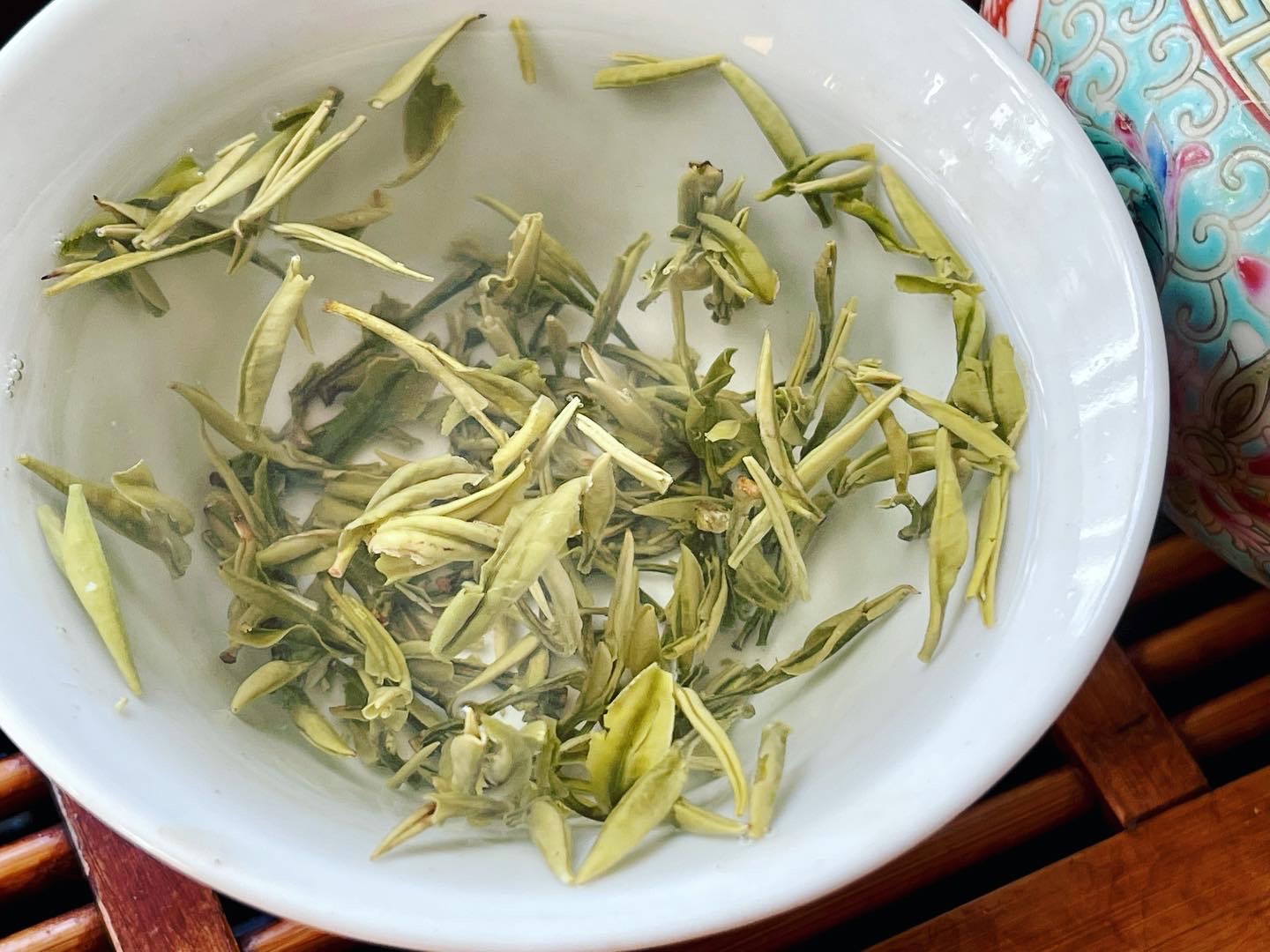 Thanks to one of our Guru super fans I have the chance to taste one! Today I’m drinking some Beigang Maojian (北港毛尖) from Yueyang, Hunan, China, quite a pricey one. Brewing method is 80c water with 2 minute steeps increasing per infusion.

Many glorious complexities are mentioned from the western vendor this this was attained from like ‘’Chocolate covered hazelnuts, guava and apricot jam on the nose’’ sounds like a gastronomic sensation from Blumenthal 😝. I picked up nothing like this. In fact, if I were to be served this blind I would have assumed it’s an out of date #longjing . Aromatically it’s quite similar, the taste is also, similar but weaker. Only on careful examination do you discover something different…and quite special about this tea. 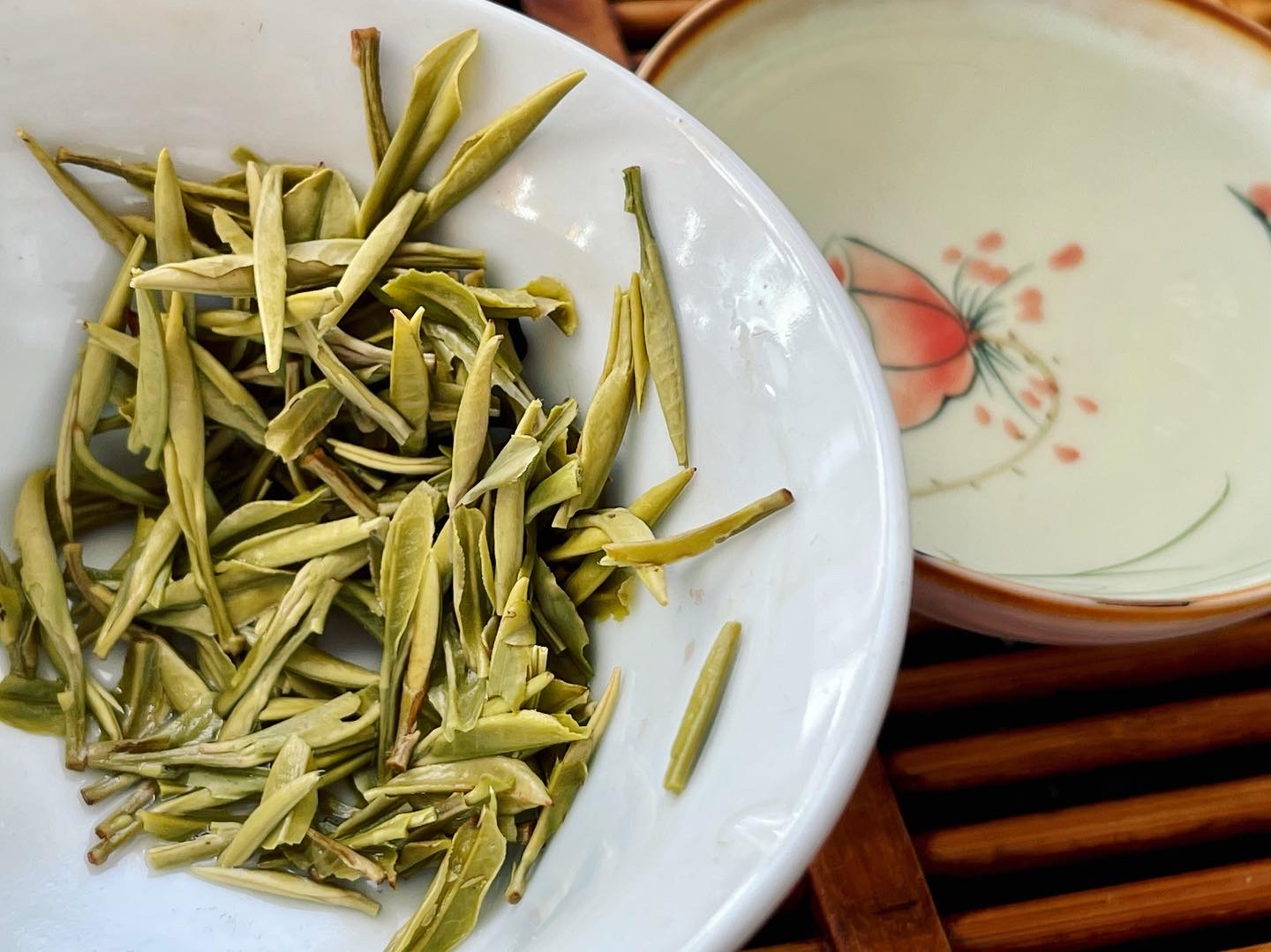 There is a subtle but acute sweetness that accompanies the forward green flavour but what I found most striking was the minerality. Going back to the quotes of ‘he who should not be named’ he mentions “mountain snow”. To me this sums up the beauty of this tea…beautifully. Have you ever tasted snow before? That slightly bitter minerality that you notice with pure clean , frozen water? It’s here and it makes for an interesting session. Yellow tea is generally unheard of in the West due to its low volume and so I heard, low appeal to a western audience. I would say that you probably need to be a fair way down on your tea travels to enjoy this tea for what it is and appreciate the nuances. That being said, it’s a relaxing and laid back genre that anyone can enjoy. Thank you so much to my anonymous Superfan providing this to me!